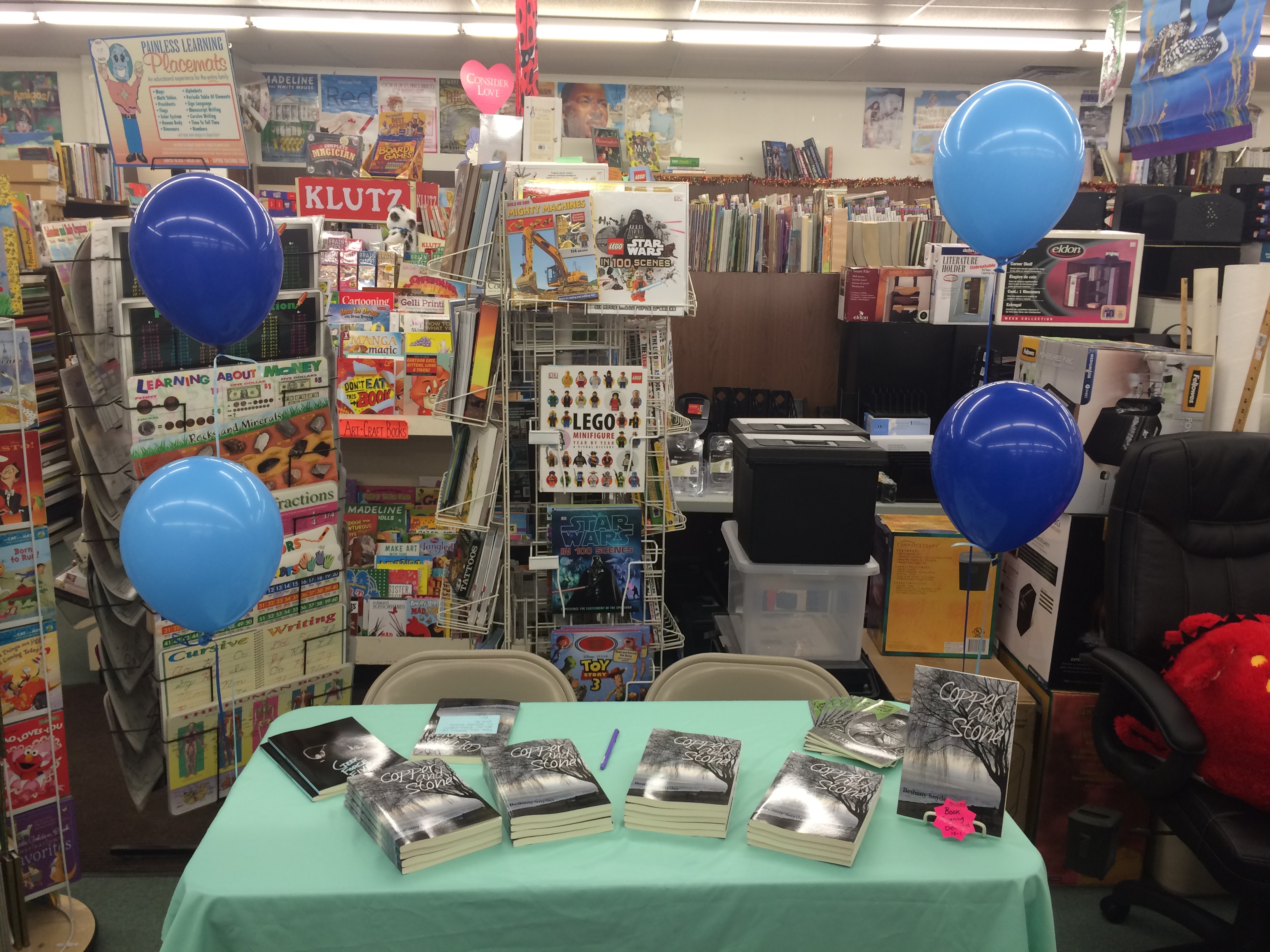 Well, would you look at that: It’s 2016. I was pretty busy at the end of last year, and I completely neglected this blog. So let’s recap what happened, and then take a peek at what’s coming up.

In November, I was scheduled to do my first Copper and Stone book signing at Longs’ in Penn Yan. Unfortunately, that had to be rescheduled – but I still made that week’s Chronicle Express! Check out the article here. We were able to hold my signing in early December. What a blast! I signed copies of my book for friends, families, teachers, and even strangers.

In other Copper and Stone news, I’m currently holding steady with 7 five-star reviews on Amazon. If you’ve read my stories and would like to say something about them, I’d love it if you’d pop over and post. Thanks!

I couldn’t have asked for a better gift (and neither could they, am I right?!).

As for the future, Alex and I are in the planning stages of more/new events for PY Writes. Keep your eye on our Facebook page for details.

And as for me? Well, I had planned on starting a novel (the idea has been germinating for months, thanks to a chance encounter with an old friend over the summer), but I’ve decided to take a different route. It’s pretty ambitious, so if I peter out, don’t say I didn’t warn you…

I’m going to try to write a short story every week this year. Yup, 52 short stories (I’m thinking 1000 words or less). So by the end of the year, I’ll have a collection ready for a new book! To read them, you’ll have to wait until they are published. (If you’re a literary agent and/or publisher, call me!)