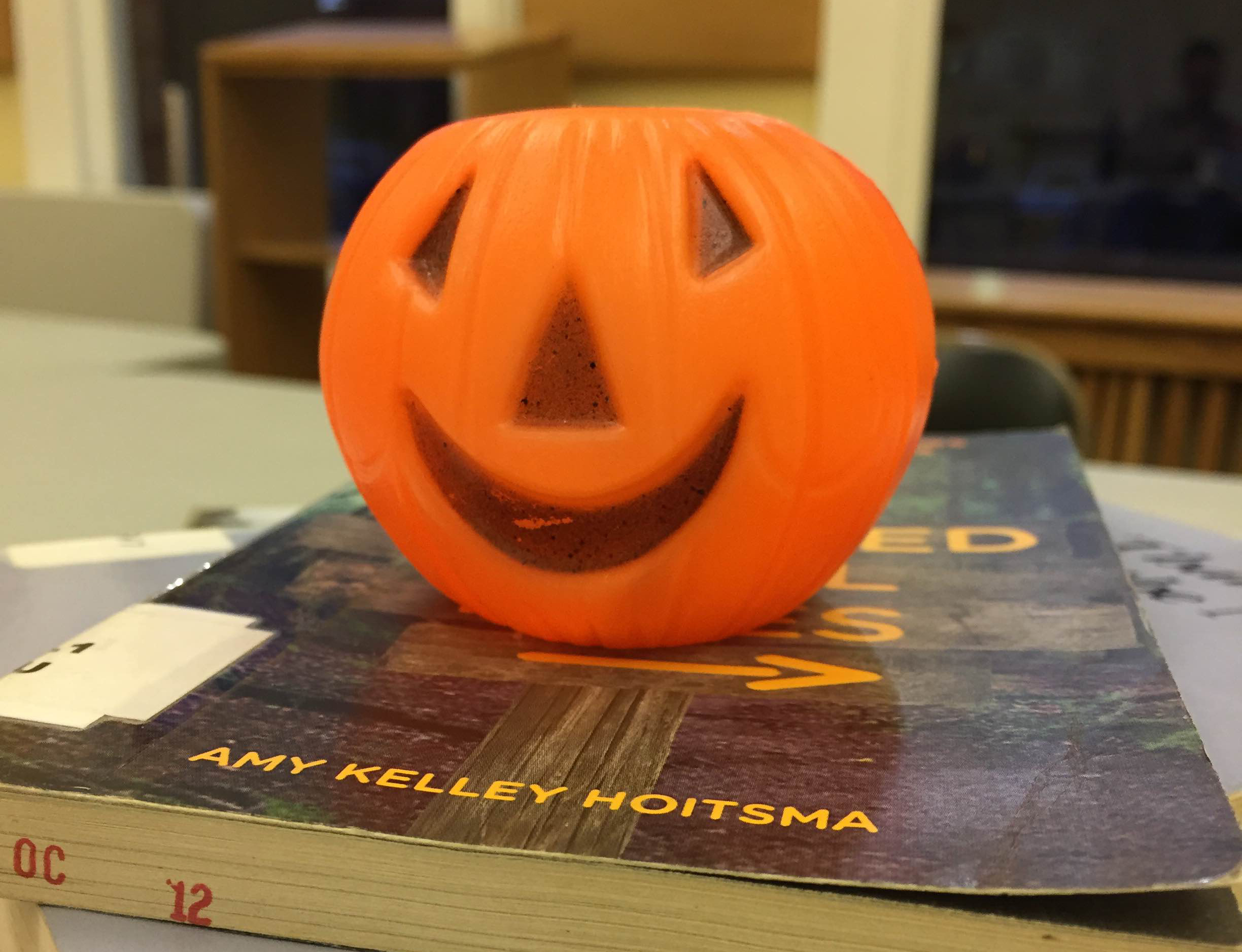 Welcome to the most wonderful time of the year! Yep, PY Writes got together once again to try our rotting, disembodied hands at haunting and horrific Halloween-themed writing prompts! Here’s what I came up with. (Stories appear as they were written, which is to say, they haven’t been edited.) Each prompt was just five minutes long, so if you don’t like abrupt and unresolved endings, look away! Otherwise: Enter if you dare.

He grew sick of the cold after two days on the ice. He didn’t seem to grow cold—his skin was toughened, like the hides of animals he’d slept near in barns reeking of offal—but the endless white nothing was too much. And so he clambered over the ice and snow, avoiding the rare ship ablaze with torches, wooden hulls creaking, and found his way to a little farm on the edge of a glacier.

A woman sat alone by the hearth, asleep, a pile of knitting in her lap. Her cheeks were rosy from the heat of the fire. The monster gripped the edge of the frost-coated windowsill with his clumsy fingers.

“You there!” A hand clamped on his misshapen shoulder. “Pervert! Get away from there!”

A young man, too young to grow more than a shadow of a beard on his weak chin, stood before the monster. Or beneath him, as he barely came to the creature’s chest. The sound of his neck snapping rolled across the empty fields.

Second prompt: Pick an image (from the cover art of Scary Stories To Tell In The Dark) and write about it.

The French exchange students and their American classmates stood in a clump in front of the zoo exit. The gates were down, and locked.

“What is that?” Alex said, and pointed a shaking finger above their heads.

A bird—or what was left of a bird—wobbled on the branch of a tree near the Snack Shack. It opened its beak and uttered a sound, half squawk, half gurgle.

At the same time, a guttural growl grew from the quickening gloom behind them. They turned together, clutching whichever hand was closest.

A lion, the bones of his ribs and spine glistening in the dying light, sauntered toward them, thick gray strands of saliva dripping from its jaws.

“In here!” a voice shouted, and the students turned again.

Third prompt: Write about what scares you the most.

It took me a few minutes to realize that my eyes were open. Wherever I was—laying on the cold ground, pebbles pressing into my back—was so completely void of light that I might as well have been blind.

Something hairy and hot plopped onto my head and skittered down my face. I screamed hard enough to make my throat burn. Whatever was in wherever I was with me had plenty of time to breathe when that happened.

I did stand, finally, when my foot cramped up. I hobbled across the empty space, hands out in front of me, spine stiffened against whatever terror my fingertips were about to touch.

And then: A light switch!

This is the cover of the notebook I was using last night. Which, given the things I wrote, is a rather unsettling thought. Happy Halloween!